A visit to a waste transfer station 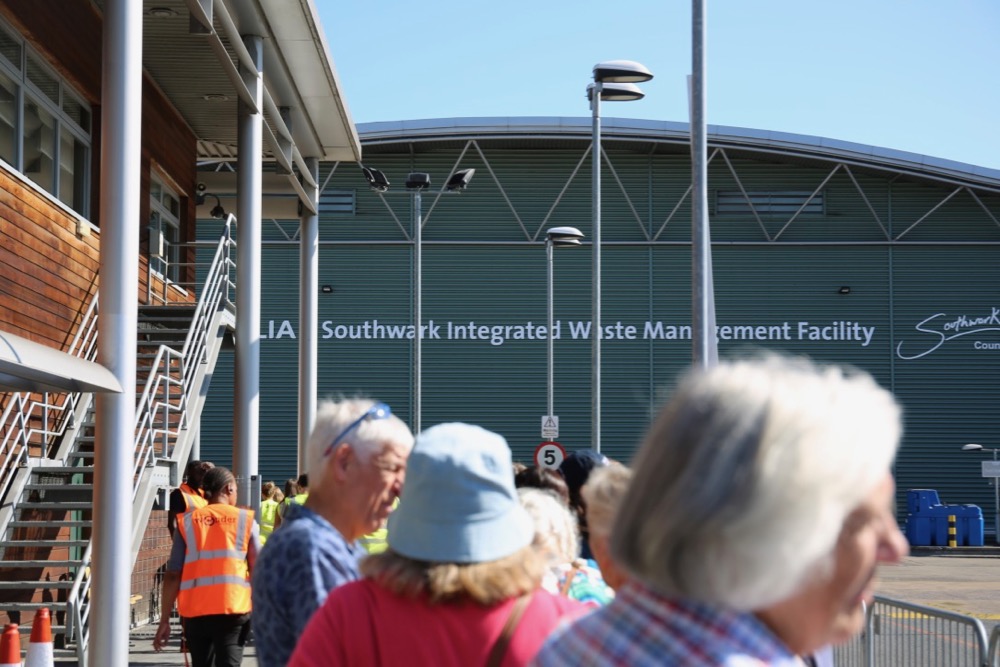 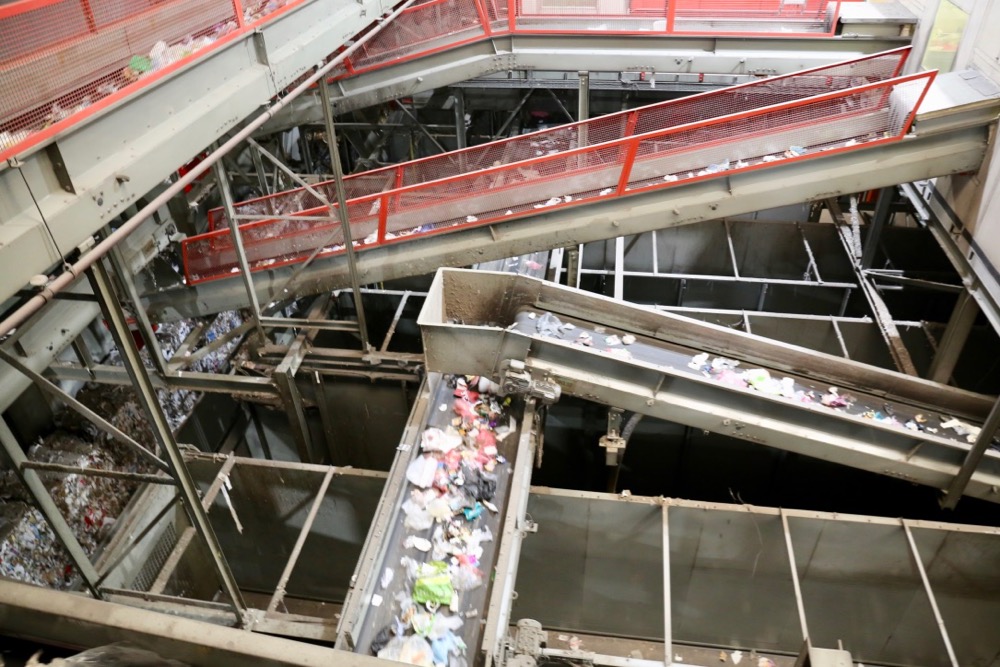 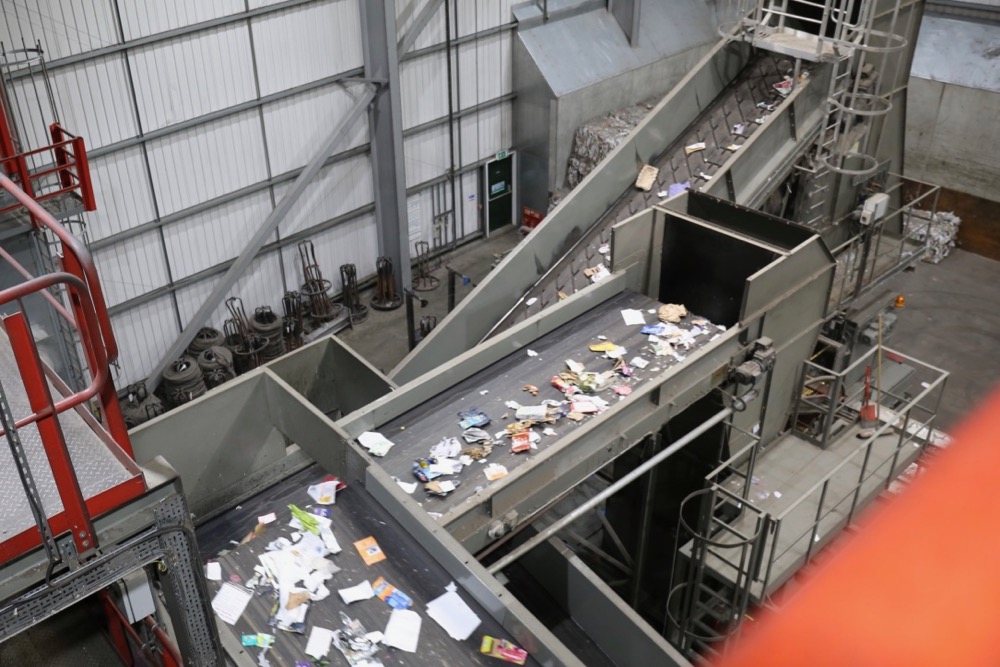 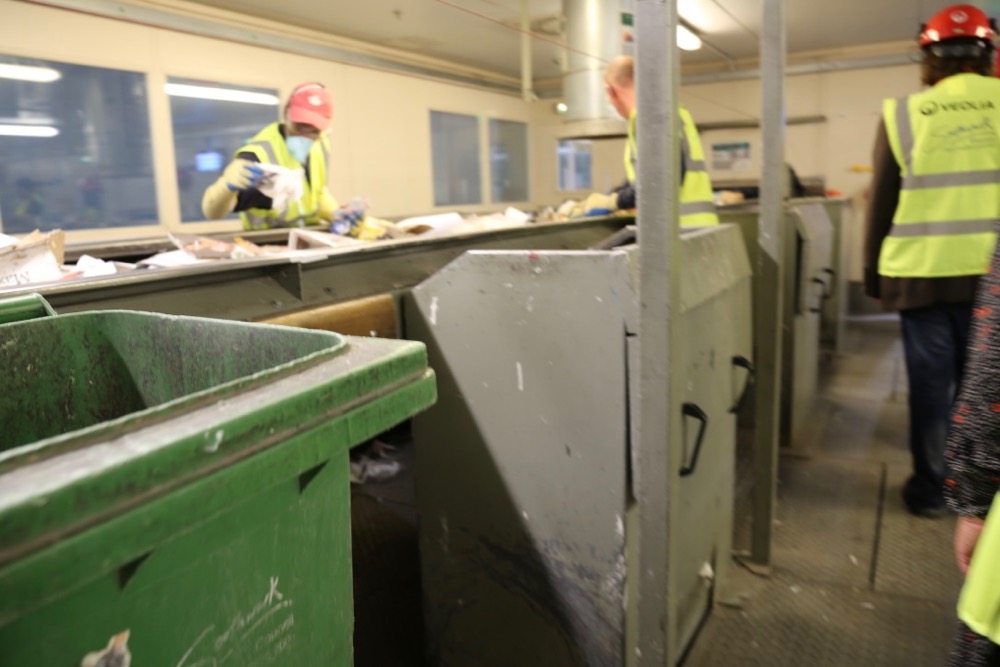 If you ever get the chance to visit a waste transfer station, go! I went this morning to my local facility at Southwark on a tour arranged for Open House. I left feeling that I had both satisfied my inner geek – I’ve been talking about MRFs on A Rubbish Trip for years, but never visited one before – and re-energised my inner Waste Tsar.

To explain, I discovered two sides to what happens there. First, there’s the materials recovery facility (MRF) that sorts all the borough’s recycling waste. Once sorted, it’s bundled up for specialist recycling companies to take away. The facility is a maze of conveyor belts, spinning wheels that separate items by size, fans that blow away plastics and small scraps, and electric impulses that draw out the metals. Complementing the machinery were ‘pickers’: real live human beings in rapid reaction mode, watching as the waste came streaming past for contaminants to remove.

The big lessons reinforced upon us on this part of the tour were:

The other facility there is the mechanical biological treatment (MBT) plant. This deals with the stuff we put in our ‘black bins’. The mechanical part of the process involves sorting and removing things that can be recycled, and shredding other stuff (more conveyor belts, cutters and a vast spinning drum). The biological element involves drying the shredded material and food over several weeks. This is so it can then be burnt to generate energy and heating at SELCHP (South East London Combined Heat and Power plant).

The amount of rubbish coming through was staggering. Whilst I was hugely impressed at the technology, it reinforced my sense of shame at all the effort put into dealing with waste that we really should be reducing in the first place, and sorting better ourselves at home. Lots to discuss on our next Rubbish Trip!

« A poetic response to A Genius Tour» Peace, silence and noise