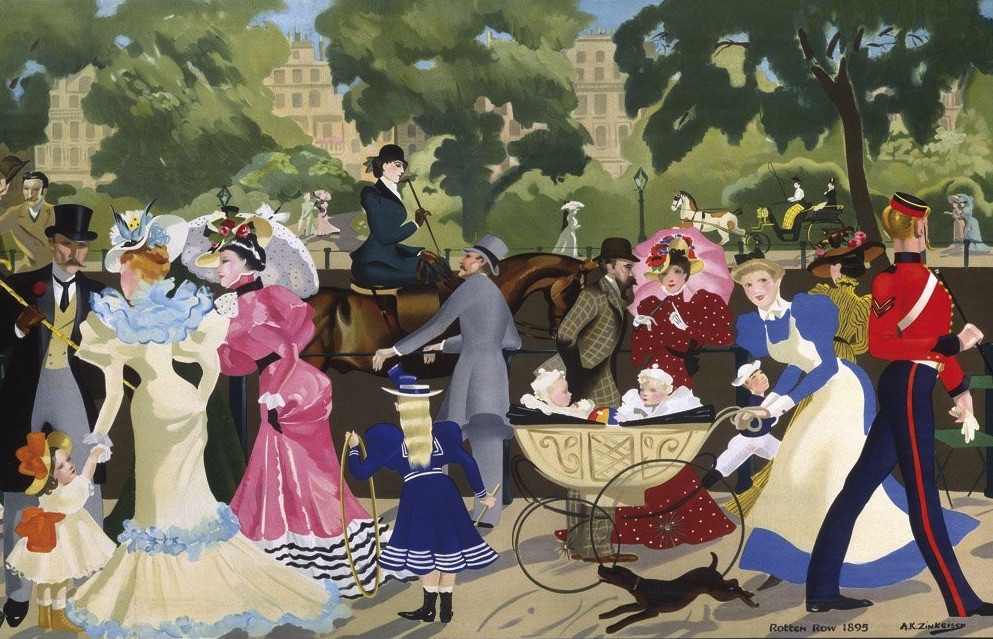 To wander through London pausing occasionally to notice, listen, reflect, discuss – these are the freedoms our walks depend on.

Things were different in the past. In Mediaeval London, it was forbidden to walk through the City after the dusk curfew bell. In the nineteenth century, whilst nocturnal roaming was allowed, large areas of the metropolis were off-limits to the public day and night. The docks, for example, were surrounded by high walls built to keep the warehouses secure. And some of London’s prettiest neighbourhoods were run by private landowners for the exclusive enjoyment of their well-to-do residents. So, the fine Georgian squares within the Bedford Estate – Bloomsbury Square, Bedford Square, Russel Square etc – were once guarded by gates and sentry boxes and patrolled by private security forces. Those London streets benefitting from a public right of way were often so caked in horse manure as to be un-crossable on foot. Thick smogs from smoke mingling with fog added hazard, mystery and wheezing to the whole walking experience.

Our ability to roam London today is the result of so many reforms and hard-fought battles (the adoption of private roads by public authorities, the closure of the docks and other industries in the capital, the Clean Air Act, motor cars replacing horses, modern policing…). There are more fights ahead to make London a truly roamable place. But there’s also a lot to celebrate. Here are ten reasons to cheer and to rage in 2018.

Reasons to be angry

Reasons to be cheerful

« Getting to grips with noise» Celebrating London’s trees