From London with love 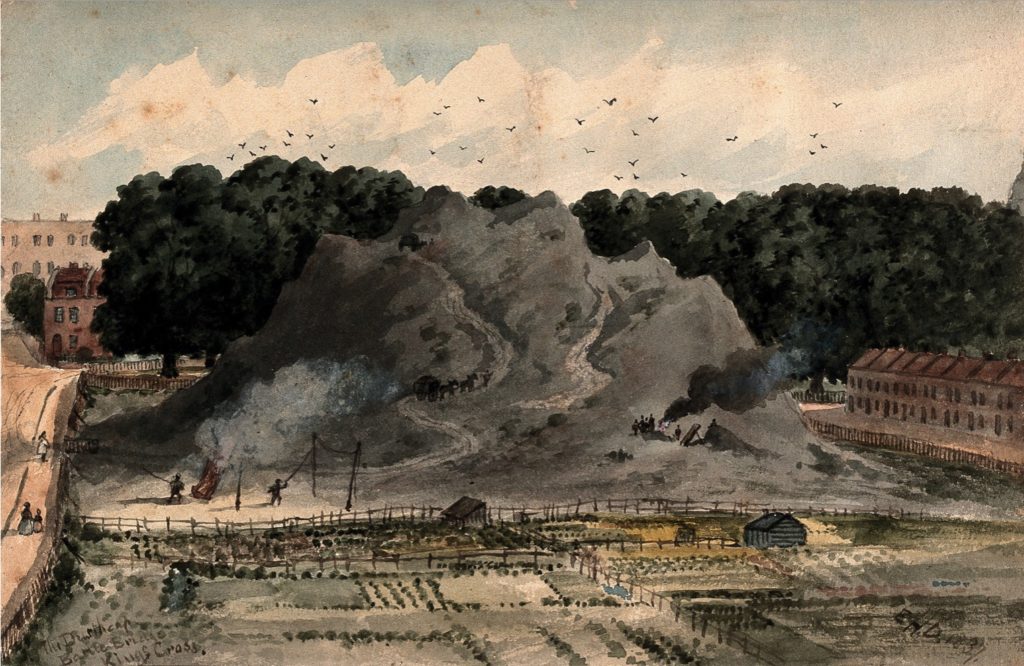 I had a fascinating afternoon yesterday taking a group of Russian journalists on A Rubbish Trip. It was part of a course run by Thomson Reuters Foundation on waste and recycling.

And finally a chance to share one of my favourite London rubbish stories. It concerns this Dust Heap at Battle Bridge (now the area around King’s Cross). It’s where Londoners’ household waste in the form of ‘dust’ (basically the ashes after it had been burnt in people’s fireplaces) was heaped and sorted through. Dust was used to make bricks, and was in big demand at a time when London was expanding massively. But it wasn’t just London. This heap of dust was apparently bought by Russians to rebuild Moscow after the Napoleonic invasion of 1812 (think 1812 Overture, cannon fire, Tchaikovsky).

I love the idea that perhaps even today there’s a part of Moscow built from Londoners’ rubbish.

« Peace, silence and noise» Trinity Buoy Wharf and Secrets of the Docks