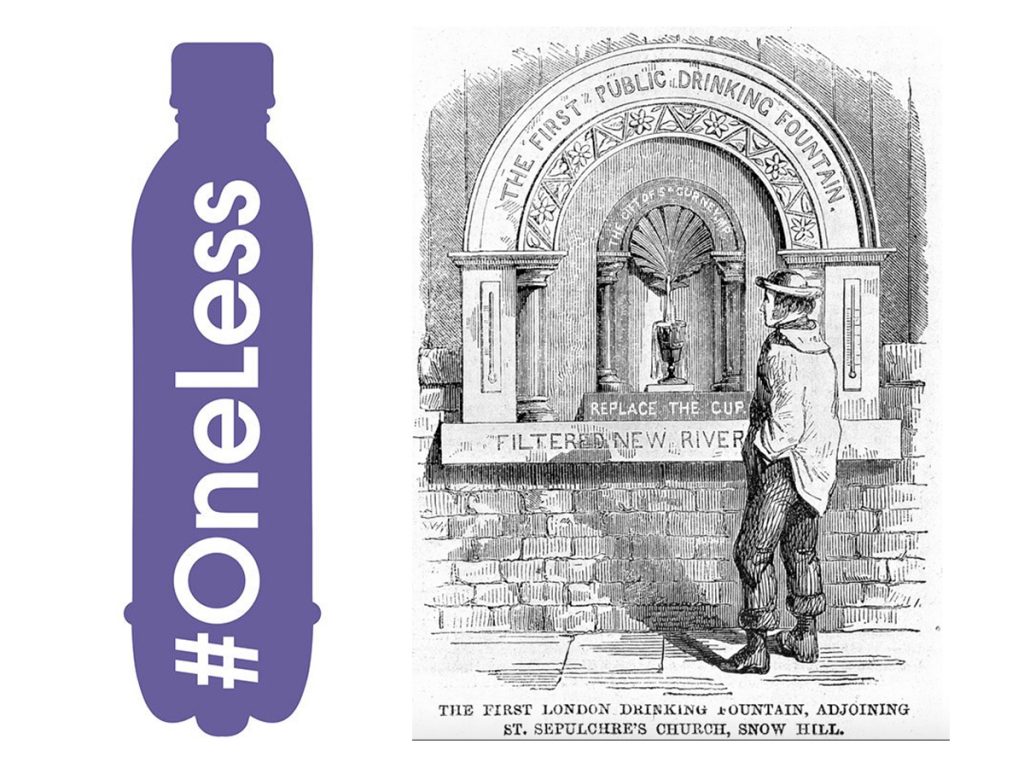 There was a time when Londoners weren’t that fussed by water. Gin and beer were far more popular, and – dissipation and alcohol poisoning aside – safer to drink. It took the Victorian temperance movement coupled with terrible cholera epidemics for people to realise that free, potable water might be a good thing. So, in 1859 the Metropolitan Free Drinking Fountain Association was formed to provide and maintain drinking fountains in the capital.

Fast-forward to 2018, and many of those fountains are now dry. We’ve abandoned them for the bottled stuff. The average Londoner today gets through 175 plastic bottles of water every year. That’s one every other day, or 1 billion for the city as a whole!

Cue Sir David Attenborough on Blue Planet II to show us how plastic waste is poisoning our seas, and the powers that be have finally decided to take action. In January, London’s Mayor Sadiq Khan revealed his plans to tackle the plastic bottle problem. His prime weapon? Twenty new drinking fountains, to be installed across the capital.

This is tackling waste Dotmaker-style: by cutting it out in the first place, rather than devising elaborate recycling schemes. (And saving money and sticking it to the Water-Bottling-Man in the process.) And what better way to do it than with a nice piece of municipal street furniture and a nod our Victorian heritage?

The new London drinking fountains should be in place this summer. Until then, it’s time to get reacquainted with the old ones. Those that are still going have been helpfully mapped on this free find a fountain app, from our friends the 1859 Drinking Fountain Association.

If you share our fascination with waste, why not join us on A Rubbish Trip?

« Talking about Slowing Down on Lush Radio» Ringing the changes