Chiming during the pandemic

Last September I made a recording of six of St Paul’s Cathedral bells quietly chiming for the 11.30am Eucharist service. It’s a startlingly different sound to the usually exuberant Sunday ringing of twelve bells; and a direct sonic consequence of the coronavirus restrictions. I thought it would be interesting to enter the recording for the newly launched Sound of the Year Awards 2020 and to my delight it was shortlisted for the top award! Here’s more about the background to the sound. 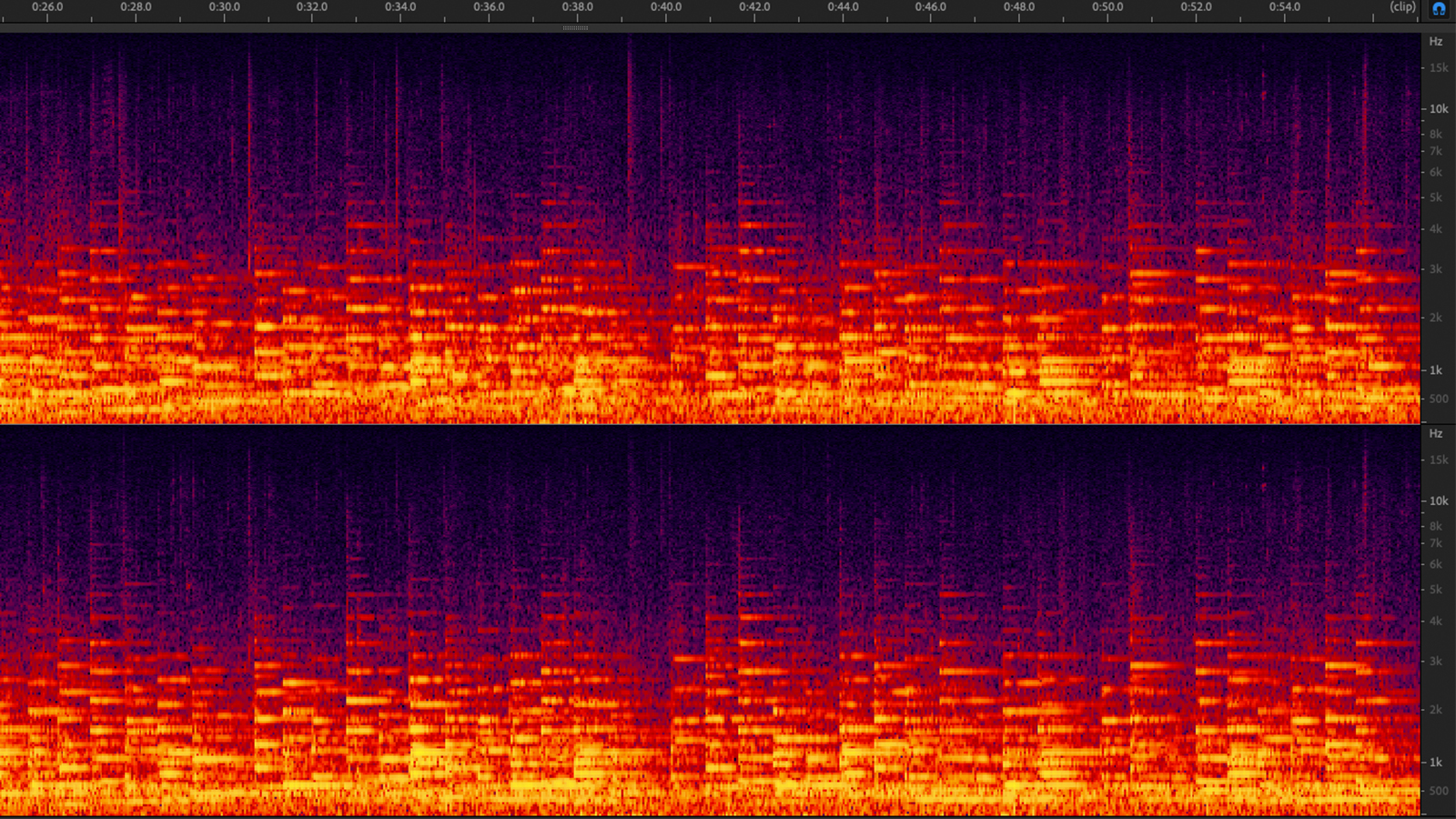 Spectral frequency analysis of the bell ringing in stereo (top line for the left channel, and the bottom line for the right). Each vertical column represents a separate chime, and the brick shapes represent the frequencies of the bell’s different notes and harmonics.

The sound I have missed most since coronavirus broke out is that of church bells change ringing. When the country went into lockdown the ringing stopped as services were suspended. But even after they were resumed most ringers stayed away because of difficulties social distancing up a bell tower.

I came into the City of London on Sunday 6th September 2020 because I’d heard that St Paul’s Cathedral bells were back in action. Before the pandemic, I’d often bring people to the courtyard to listen to them ringing for 11.30am Eucharist, as part of The London Ear guided walk. The full twelve bells would create an immense noise as they rotated back and forth on wheels operated by ringers pulling ropes. All the reflected sound, overtones and passing traffic would make it hard to discern the notes being rung according to ‘methods’ (a bit like mathematical formulae for the changing sequences of bell strikes). The whole effect was spectacular, uplifting and a little disorienting.

With those memories in mind, my experience that Sunday morning felt surreal. Instead of the usual sea of sound, I heard just six bells quietly chiming the changes. For the first time, I could follow the patterns of notes. Church bells are carefully tuned to produce a ‘strike tone’ – the note that we perceive – and a range of harmonics (see image above of the spectral frequency analysis). I found my ear latching onto the harmonics hovering spookily a minor third above each bell’s strike tone. Apart from the occasional build up of buses there was little ambient noise to distract; only footsteps, chatter and the odd bicycle wheeling across the courtyard. I spent most of my time just listening and taking in the strangeness of the situation. I did though make this short recording.

I since contacted the Cathedral’s Guild of ringers to find out what was happening. They explained the bells were being chimed using the Ellacombe apparatus attached to bells 3-8 (or what I would think of as bells F to D). It’s a mechanism that makes it possible for just one person to perform change ringing. They do this by pulling on ropes in a fixed frame to operate hammers that strike the insides of the bells which remain static throughout. I gather that in the past the Guild used the apparatus to chime for the early morning service each weekday; and in more recent (pre-Covid) times for the 8am service on Sundays. Since the pandemic, they have been using it for all real-life Sunday services (when the rules permit).

The person chiming the bells that Sunday morning was Leigh D Simpson. Here’s what Leigh had to say about his experience:

In many ways chiming feels like any performance. Apprehension is supplanted by concentration: that sort of concentration where time starts to drift and other concerns fade away. Having worked as an organist these sensations certainly felt familiar, but chiming brings its own character. Bells are so much more audible than other instruments and the bells of St Paul’s even more so, but my experience is entirely disconnected from any “audience”. Hidden behind the walls of the ringing chamber I might have an audience of thousands, or of none.

After nervous glances at the clock it’s time to stop. The loneliness intensifies. The walls that divide me from the world used to be a welcome home for our band of ringers but now it is only I. The sound of the bells fades into a vacuum.

I was very moved by the sense of lonely disconnectedness he describes. It feels so much a condition of our Covid times; and is something that I think makes the recording all the more meaningful.

« … And we’re back!» Shortlisted for Sound of the Year!