Walking and listening in Bern 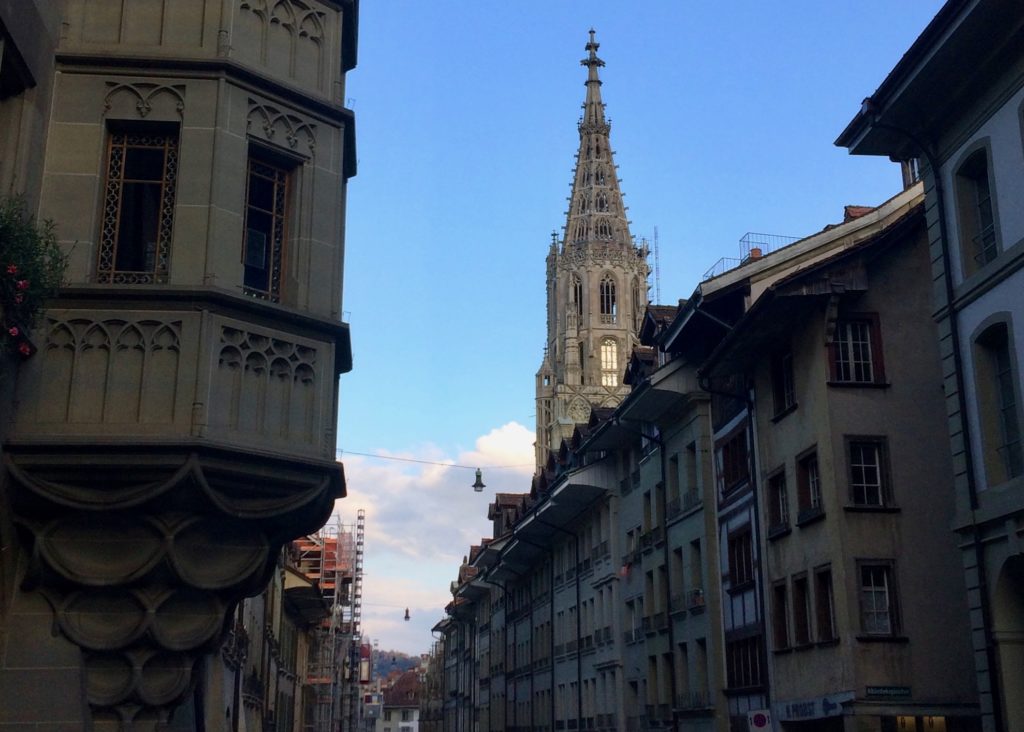 Dotmaker Tours has now gone global! Well, perhaps not global, but I did just have a thrilling long weekend in Switzerland with postgrad students at the University of Bern. I was there to lead a soundwalk and give a classroom presentation as part of a course all about non-verbal communication and the different ways that we sense the city.

The most memorable sound for me had to be the Cathedral bell ringing at midday, much like in the recording above. If you listen carefully you’ll notice a rainbow-like spectrum of harmonics all coming from the same bell* (quite apart from the other bells also ringing from other churches). The whole effect felt like bathing in a warm sonic bath and gave us a wonderful sense of connection to the people who have lived and worked within earshot of the bell over hundreds of years.

Other auditory highlights were the canalised river that runs under the main drag and the echoes coming off the Bundestag building towards the mountains. Bern being such a small, orderly place, we struggled to find the kinds of obnoxious noises that are bountiful in London(!). A busker whose playing drowned out all other sounds in the bus station (posing some risk to visually impaired people) did, though, give us a chance to debate the borders between music, sound and noise.

It was exciting to approach a place I had never visited before in the same way that we approach London in The London Ear. It seems that for all the local differences, the underlying sonic issues are much the same.

* To my ear (if you’re interested in this kind of thing), it was a C sharp strike note, a warm hum note at G sharp below and high overtones wavering between C sharp and D sharp above – quite unlike how we tune church bells in England.

« Trinity Buoy Wharf and Secrets of the Docks» … And we’re back!