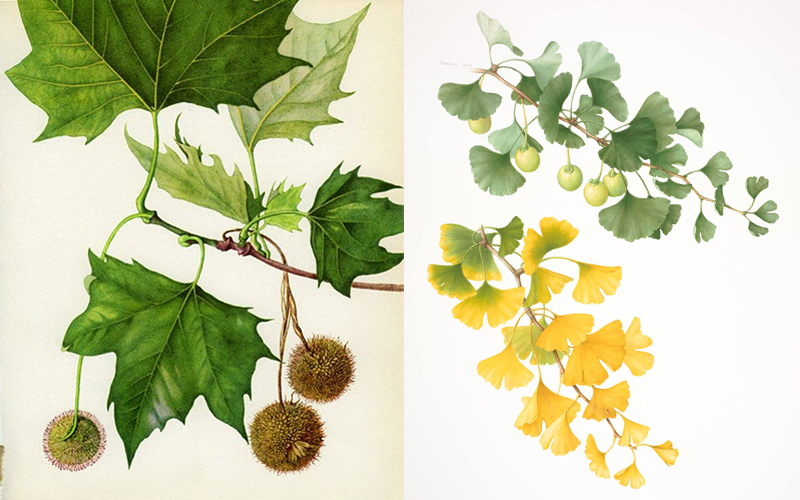 Now that London’s trees have all outed themselves with their new foliage, it’s a great time to go tree spotting. The Natural History Museum’s Leafsnap UK app is a handy tool for identifying species from their leaves.

Of all the city’s trees, the London plane (pictured left) gives the capital its arboreal character. But it hasn’t been around long. A hybrid of the oriental plane and American sycamore, it was first discovered in Vauxhall Gardens some 350 years ago. This new species proved popular with nineteenth century planters because its self-cleaning, flaking bark meant it could survive all the smoke and grime.

On London In Slow Motion we consider how the city slowly changes. It’s taken almost 150 years for the planes that line the Embankment to become the giants they are today. But across London there’s little sign of young planes being planted to succeed the old. That may be of no consequence if, as some fear, the species is killed off by the fungal disease Massaria.

If the grand old planes die off without replacement, the capital’s treescape will completely transform. Perhaps in a hundred years, when the young ginkgos (pictured right) you now see all over central London have matured, the city will take on the air of a Japanese temple garden. Or maybe it will feel more like a return to an ancient past. For, whilst the plant explorers who brought the first ginkgos from China to Kew in 1758 thought they were introducing them here, ginkgos were in fact native in Britain during the Jurassic period.

« Nothing is lost, nothing is created, everything is transformed» The benefits of unlearning